Clairton would obviously be #1 in the WPIAL rankings.
The world as we know it underwent a rebirth 11-8-16. Conservatives have made themselves heard!
Top

ExRaided wrote: ↑
October 13th, 2020, 5:45 am
As of right now BG is ranked #1 on maxpreps. Steelton Highspire is #2 and Clairton is #3. I don't know what you're looking at but that's where I always go. I'm sure it'll change though, I believe they update rankings on Tuesdays.

Just heard BG may be down due to quarantine for week or so.

Confirmed...BG/CC canceled for this weekend.

Any word on Huntingdon and Mount Union??
https://www.huntingdondailynews.com/new ... b88e9.html
Top 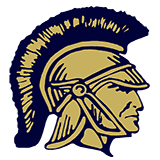 Mount Union is going to remote learning (had been full in class since start of the year), football is shut down for the next two weeks so they'll be out of the playoffs now.
Top

Can anyone confirm that CC is now playing Somerset Friday night?
Top

All of these cancellations underscore what a bad idea state playoffs are at this point.
Top

So, how is quarantining now down to a week or so? Hasn't it been 14 days from Department of Health?
Top
Post Reply
148 posts